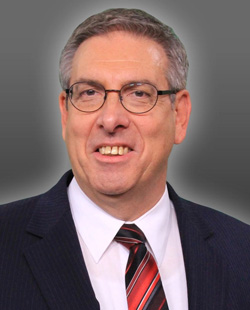 (Hagerstown, MD, March 14, 2022) — The Maryland International Film Festival-Hagerstown has announced that Mark Kraham will be awarded the Nora Roberts Foundation Award at the opening night of the 10th film festival, being held on March 25th at the Historic Maryland Theatre.

Film Festival Board of Directors President Nicole Houser said, “Mark Kraham has been a true supporter of the arts, of television, and of filmmaking, for decades. He is a respected national advocate for the broadcast community. Mark has done an incredible job at directing television news in the four-state area. This prestigious award is given in recognition of either success in the film and television industry, or in creating opportunities for achievements for the film and arts communities in Maryland. The award especially recognizes Maryland ties.”

Mark Kraham was immersed into the Arts at an early age. Growing up in Baltimore Maryland he found himself frequently at performances of the Baltimore Symphony Orchestra, Walters Art Gallery, and Baltimore Museum of Fine Arts. But, by age 12 he found he was most often attracted to small film festivals held at various times and places throughout the city, most memorably one that was held often near Peabody Institute where many classic films dating back to the silent film era were featured. Mark was captivated by the visual medium, and early on had a desire to work in the broadcasting field. Interestingly, he had an uncle who was a silent film actor in Hollywood in the Nineteen-Teens and Twenties which further fueled Mark’s interest in cinema.

For almost 40 years Mark has worked in broadcast news in the Four-State Region. During that time, he has won more than two dozen awards including Best Investigative Reporter two years in a row from the Associated Press. Starting his career in radio Mark worked at four local radio stations and has also done free-lance reports for NPR, ABC Radio News, and CNN Radio.

Eventually Mark added video to his stories as he transitioned to television working at two TV stations. For the past 28 years Mark has worked at WDVM-TV in Western Maryland and has been the station’s News Director for 22 of those years. The majority of Mark’s time is spent overseeing the day-to-day news operations and newscasts but he has especially enjoyed opportunities to produce documentaries.

Volunteerism is a hallmark of Mark Kraham. He has served for several years on the Chesapeake Associated Press Broadcaster’s Association board of directors. For 18 years Mark served on the national board of directors of the Radio Television Digital News Association (RTDNA), the largest association of electronic journalists in the world. Notably he was Chairman of that association for three years. The organization prides itself on providing scholarships and support for journalists entering the field. Incidentally, in his role as News Director Mark has had the opportunity to give a large number of young people their first job in broadcasting, many of whom have gone on to have significant careers in the television industry.

For many years, Kraham volunteered to work on the Rumsey Radio Hour. An old-style radio program originating from Shepherdstown, WV. In addition to producing this annual fundraiser show, the Rumsey Radio Hour gave Mark an opportunity to step away from the serious side of broadcasting and do his numerous vocal impersonations.

Mark Kraham recognizes the important role that endeavors like the Maryland International Film Festival plays in giving budding filmmakers a chance to have their work seen and supported in furthering the motion picture industry.

From the first year of the MDIFF-Hagerstown Mark has taken the film festival to the air with live interviews from the Red Carpet. Mark and his wife Angie are longtime residents of the area and are pleased to be part of this year’s MDIFF. He is most honored to receive the Nora Roberts Award.

Tom Riford, who had been a charter board member of the Maryland Film Industry Coalition, and now serves as Assistant Secretary of Maryland’s Department of Commerce, said, “Mark Kraham is a legend in the television industry, and respected around the country for his work, directing news and as an advocate for the television industry.”

On Friday March 25th, 2022, the Red-Carpet opening night begins with a special VIP reception at 5:30pm, followed by the opening night celebrations, awards, and introduction of opening night short films. The Nora Roberts Foundation Award is one of two awards presented opening night. The Mendez Award will also be given. Filmmaker awards will be presented at the After Party at 28 South, on Saturday August 21st, for Best Feature, Best Short, Best Animation, Best Student, Best Documentary, Best Local Film, and Best Foreign Film.

2021 - Debbie Donaldson Dorsey for her work as the long-serving Director of the Baltimore Film Office.  Dorsey has helped attract several film and television projects to Maryland, including “House of Cards,” “The Wire,” “We Own The City,” and many more.  Dorsey continues to proudly sell Maryland’s architecture, culture and welcoming spirit to all filmmakers and promotes the importance of Maryland’s Film Industry to the State of Maryland.

2019 - The Maryland Theatre Board of Directors for its ongoing efforts to plan and advocate for the Urban Improvement Project forward for Hagerstown and Washington County. The Maryland Theatre board was recognized for its commitment with the collaboration of a community-wide coalition of supporters. The multi-million-dollar renovation and expansion project of the Maryland Theatre joined with tremendous expansion of the Barbara Ingram School for the Arts, the University System of Maryland at Hagerstown, and more.

2018 - Shelly Strong, originally from Smithsburg. Strong is the previous VP of Production at DreamWorks Studios (now Amblin Partners) and has served as the Executive Vice President and Head of Production. Her credits include: "Tropic Thunder," "The Help," "I Love You, Man," "Girl on a Train," and the upcoming "The House with a Clock in its Walls." Strong is currently the only woman among heads of physical production at the major studios and is active in mentoring female filmmakers. She holds a position on the steering committee of the Women's Production Society, which is a group of female executives in physical production with the mission to promote the hiring of women in leadership roles in film and television production. Strong is also an advocate for the homeless.

2017 - Eduardo Sanchez, Director, and Maryland resident. In 1997 he started production on the most successful movie (budget to gross) ever, The Blair Witch Project (1999). It was a worldwide hit and has become one of the most spoofed films of all time. Sanchez directs films and television shows throughout the world.

The 10th Maryland International Film Festival-Hagerstown received well over 150 submissions for this year’s festival. The judges announced that nearly 100 films were selected. Opening night Friday March 25th is taking place at the Historic Maryland Theatre in Downtown Hagerstown. Other venues on Saturday and Sunday include the Washington County Free Library, The Grand Piano Ballroom, the new ACT Black Box Theatre, and the University System of Maryland Hagerstown Event Facility.